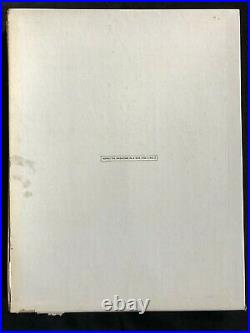 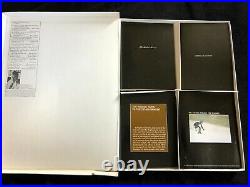 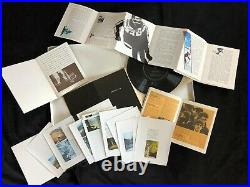 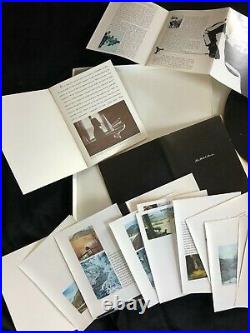 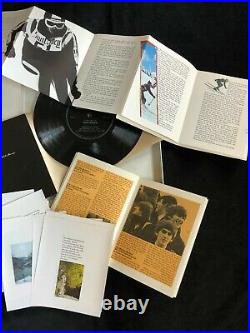 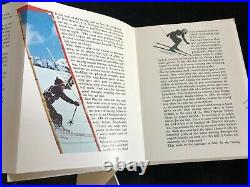 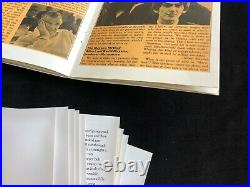 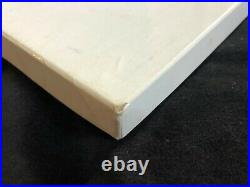 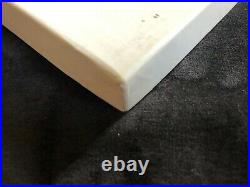 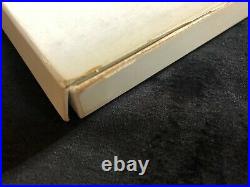 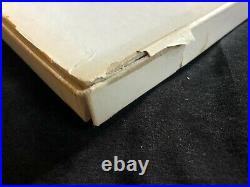 Rare Original Aspen The Magazine In A Box - The White Box Vol 1 No2 - 1966 publisher Phyllis Johnson. Designed by Frank Kirk, with Tony Angott. From Wiki - Aspen was a multimedia magazine published on an irregular schedule by Phyllis Johnson from 1965 to 1971.

The magazine was based in New York City. Described by its publisher as "the first three-dimensional magazine, " each issue came in a customized box or folder filled with materials in a variety of formats, including booklets, "flexidisc" phonograph recordings, posters, postcards and reels of super-8 movie film. Many of the leading figures in contemporary North American and British art and cultural criticism were editors, designers or contributors to Aspen. The magazine has remained of interest to students of the artistic ferment of the late 1960s. The Box (cover) and interior divider strips - Poor condition - two of four corners with open seams, one piece of the apron is loose, face of paper has some gloss but has marks, stains and is lifting in areas, interior divider strips creased - see pictures. This item is priced to reflect the condition of the box. The Contents - Very Fine to Near Mint condition - there are few staples but they are all shiny -contents show no signs of use or wear - no yellowing - all colors are vivid/crisp and whites are clean and bold, no folded edges, creases, damage of any sort - see pictures.

A visit with the residents of a simple, site-friendly mountain home, by Peggy Clifford. 6 Farewell to a Canyon.

The demise of Glenwood Canyon, documented by an anonymous author. 7 The Young Outs vs. Seventeen excerpts from papers presented at the Aspen Film Conference. The Andromeda of the Arts Lionel Trilling. If We Have to Bury You Stanley Hirsin.

Advice from Abby Abby Mann. Crossroads: To Mold the Higher Taste or Pander to the Lowest Norman Corwin. The View from the Front Office Robert Blumofe. The Role of the Audience James Blue. Renascence in a Youthful Medium Arthur Knight.

It's Not What You Put In, It's What You Leave Out John Burchard. The Old Question David T. Bazelton The Task of All of Us. Robert Osborn The Maysles Method Albert and David Maysles. How Do You Say "I Love You" Jean Renoir.

The Frontiers of Film Richard Dyer MacCann. This item is in the category "Books & Magazines\Antiquarian & Collectible". The seller is "toronto_lad" and is located in this country: CA. This item can be shipped to Canada, all countries in Europe, United States, Japan.