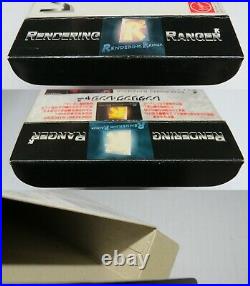 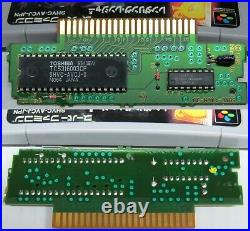 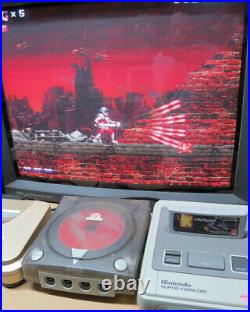 MORE GAMES WILL BE ADDED TO THIS LISTING SO KEEP CHECKING BACK! Original, authentic BOXED Nintendo Super Famicom games & consoles. All games have been tested unless they are new. We have actually played every single game we have in this listing (aside from the new ones). Not just switched on to the title screen for 5 seconds.

The games have ONLY been tested on a Super Famicom console, which is the same hardware as an American SNES. Apart from the cartridge slot shape.

We only guarantee the games work on these 2 Formats. If you're using a PAL console. Some may work with converters.

But this is is not guaranteed and certain titles i. Kirby Super Deluxe and Wild Trax, make use of the full pin array of the. Super Famicom's cartridge slot.

Certain converters don't even use these extra pins so will not work. NOTE: If the game has a battery (see PCB picture) and you don't see a save on the TV or "Battery OK" in the title. Assume the battery is dead. HINT: If the game does not load, try lifting the cartridge very slightly (maybe 2mm), to just below where it would get blocked.

This is a common thing with Super Famicom and SNES games. Otherwise, just put it in and out of the. Cartridge slot a few times which should help get a better connection between the pins of the cartridge and the slot of your console. All consoles have been tested. We've tried to show all angles and display the condition as accurately as possible. Look out for further descriptive text on the images.

If we have others that you want, we will list them for sale. Item is located in the UK. It usually takes 3-5 days but can occasionally take a little longer (officially it can take upto 30 days but it hardly ever takes anywhere near that long). We have MANY other Japanese games & items so if there's anything else you're looking for which you can't see listed, let us know. For consoles, we will send by courier, likely DPD.

If you live on an island i. Malta, Cyprus or any of the of the Mediterranean islands, belonging to Greece, Italy, Spain etc.

German customers, please note that we will not send to a Packstation. Crazy, but that's how they work. If not, please message first.

Please note that the item may not actually be stored at the shop. Our mission statement which nobody will ever read. We started out in business in 1991.

Young, full of grand ideas and with the aim of getting rich, quick. Well, it didn't quite turn out that way. At some point in the 1990s - I can't remember exactly when we had this epiphany - our aim changed from getting rich to being the best import video game business in the UK. We weren't perfect back then, and we still aren't now. Even now, mistakes happen on rare occasions. As I'm writing this in July, I can think of at least 3 mistakes we made this year which were totally our fault. But we believe it likely that we make less mistakes than anyone else in this market. We no longer try to do things fast. We take care when we list games for sale. We try to photograph every angle you'll want to see. We don't photoshop our images and we don't use stock images unless we say otherwise. We don't just test them to the title screen, which doesn't necessarily prove the game works.

We actually play them before we list them. Back in the 1990s we used to sell a lot of arcade JAMMA PCB boards which were notorious for throwing up problems you might not notice straight away and, with memories of that time, we take some of what we learned back then and apply it to the sale of regular console games. Equally importantly, we take our time when we pack the orders. The opposite of how we work would be sending a cardboard boxed game i. Game Boy Advance, SNES, Super Famicom, N64, Virtual Boy, Atari Jaguar in a Jiffy bag and hoping for a bunch or supernaturally careful postal workers to do their bit.

Basically we DO give a cp. We're aware that what we have in our hands has been preserved for 10, 20, 30 years or more, and the last thing we want to do is be the final link in the journey of the game that fails it, being responsible for its condition worsening through stupidity. We used to have a physical game store in the early'90s but in 2016 we opened Games Galaxy in County Durham, England.

Our game store equally DOES give a cp. Everyone who comes to visit us notices this.

The only thing we ask is you read any appropriate descriptions within our listings and check the pictures. The combination of the two should tell you everything you need to know. This item is in the category "Video Games & Consoles\Video Game Consoles". The seller is "videogameimports" and is located in this country: GB. This item can be shipped worldwide.