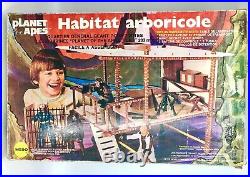 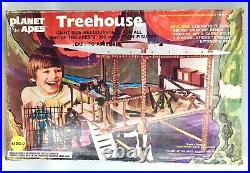 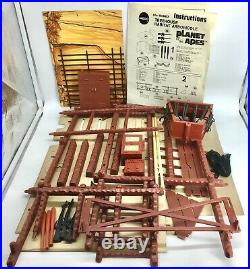 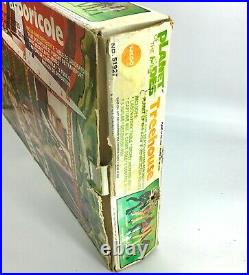 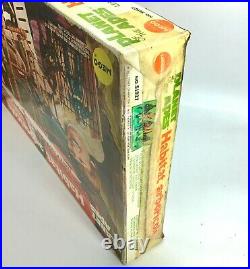 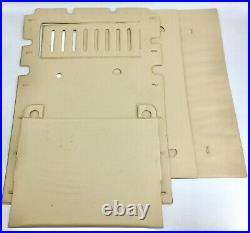 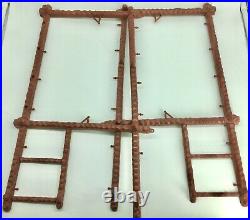 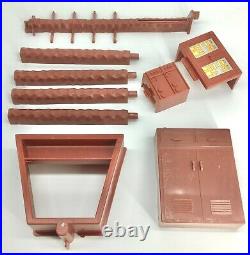 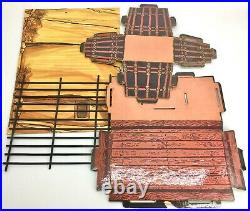 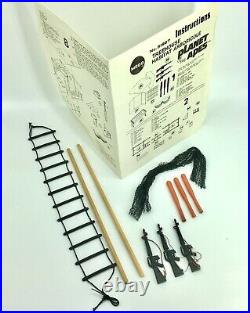 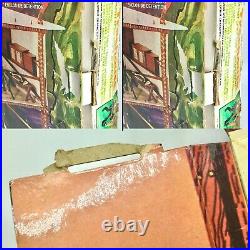 MEGO Planet of the Apes TREEHOUSE 1974 Playset Canada Parkdale Original Box RARE. Vintage Canadian 1974 MEGO Planet of the Apes Treehouse Playset is in Very Good condition. This MEGO Treehouse was manufactured in Canada exclusively for Parkdale Novelty Toronto, Canada. The set is the same size/scale as the American issued set and the box has English text on one side with French text on the other side, Habitat arboricole.

(See Photos) This Original Box is also unique from the US issued box by showing not only first issue MEGO POTA figure photos but the second issued MEGO POTA figure photos. Box has great color but shows overall wear with one taped end, a small area of paper tears from. On the other end (both sides), and a puncture hole in the opened bottom tab.

(Please see all box photos). The Treehouse playset is nearly complete only missing the Flip-over Weapons table, Wood Pole for capture net, the Black Crowes Nest Ladder support beam, and the small MEGO Catalog that is listed on the box. The Treehouse comes with a different Laboratory table that is made of laminated cardboard similar to the table from US MEGO POTA Fortress playset. This table is NOT the vinyl table pictured on the box nor the one issued in US Treehouse sets.

I also can not guarantee this is the correct table issued with this Canadian sets. Treehouse Playset Contents and Condition notes. Right Side (with all roof & floor pegs). Left Side (with all roof pegs but missing one floor peg at the back). Vinyl Floor/Back Wall (with a small area of faint spotting on the outside of the back wall). Storage Cabinet (with Tab but shows some scuff marks). Rope Ladder (not listed in instructions). Laboratory Table - laminated cardboard, not vinyl (has wear on tabs and some creases).

Prison Cell and Bar Doors (very light crease in the right side panel). 3 Control Sticks (with some faint black marks on the ends). Capture Net (appears unused but missing wood pole). Original Instructions in English and French (Instructions are folded as a book and show some creases). In English and French Box has great color but shows overall wear with one taped end, a small area of paper tears from tape on the other end (both sides), and a puncture hole in the opened bottom tab.

I can provide additional photos upon request. The item "MEGO Planet of the Apes TREEHOUSE 1974 Playset Canada Parkdale Original Box RARE" is in sale since Thursday, August 26, 2021. This item is in the category "Toys & Hobbies\Action Figures & Accessories\Action Figures".2012" and is located in Richmond, Kentucky.