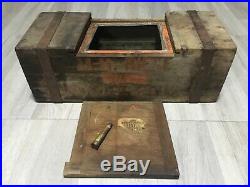 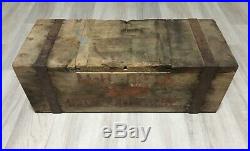 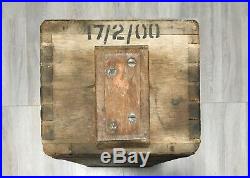 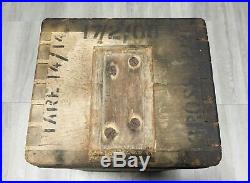 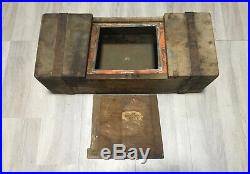 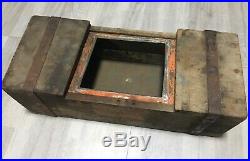 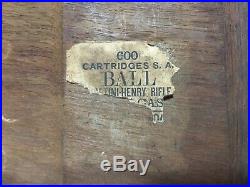 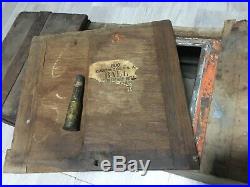 Martini Henry Rifle Boer War MH 577/450 Rolled Case Ammunition Box Rare Vintage.. This is a very rare item from Australias involvement during the Boer War, it was used to hold 600x rounds of. The box is in good overall condition considering its 119 years old. It is dated on both ends with the 17th of February 1900 (17/2/00). Underneath is written: MINISTER OF DEFENCE MELBOURNE AUSTRALIA.

The dimensions are: 525mm long, 215mm wide, 180mm high. The weight is 6.5kg. Photos form main part of description. Heres a little bit of history regarding Australias involvement in the Boer War. The outbreak of war had long been expected in both Britain and Australia. Believing that conflict was imminent, Queensland had offered troops in July, and the same month Britain had requested the participation of New South Wales and Victoria. Each of the colonies ultimately sent between four and six contingents.

The first groups arrived in South Africa between November 1899 and March 1900; the second between December 1899 and February 1900; the third between April and May 1900; and the fourth between May and June 1900. The 4th Tasmanian, 6th Queensland, South Australian, and Western Australian contingents did not reach South Africa until MarchApril 1901. A further three contingents were raised by the new Commonwealth in 1901, but as they did not embark until 1902, most arrived too late for any action. Indeed, some were still at sea when the war ended on 31 May 1902.

The item "Martini Henry Rifle Boer War MH 577/450 Rolled Case Ammunition Box Rare Vintage" is in sale since Wednesday, November 6, 2019. This item is in the category "Collectables\Militaria\Other Eras, Wars". The seller is "303-such-is-life-303" and is located in Kangaroo Flat, VIC. This item can be shipped worldwide.