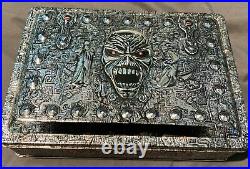 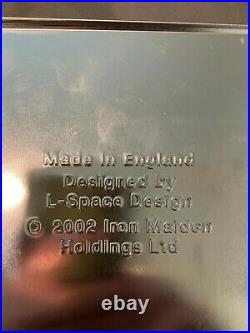 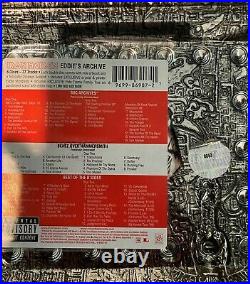 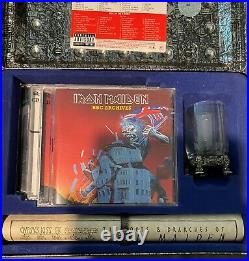 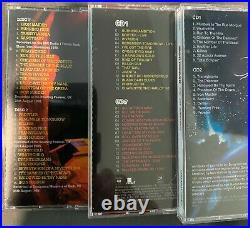 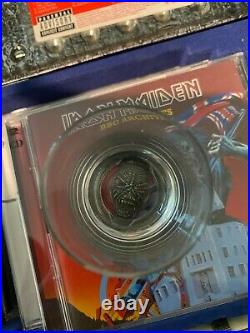 OK - FINALLY - THE IRON MAIDEN BATCH IS HERE!!!! This one pains me a lot, because this is just one of the best bands that ever existed. I remember seeing their first videos {IM and Wrathchild} on MTV {back when they were just a baby channel in 1981 - and showed videos} - useless trivia -'Iron Maiden' was the first heavy metal video ever shown by MTV, 19 spots later'Wrathchild' made it's first appearance. I was all set to see the band open for the Scorpions on the NOTB tour, and they skipped that particular week so they could headline the Reading Festival.

Finally saw them the first of many times shortly after, and never stopped. Sadly, I just can't appreciate this stuff the way I used to and I would rather see it in the hands of other collectors over sitting in a box gathering dust in a storage unit.... IRON MAIDEN EDDIE'S ARCHIVE RARE 6cd ORIGINAL issue WITH hype sticker and number sticker!!

CD's are in great shape, box is in perfect condition. See my other auctions for LOTS of Iron Maiden rarities, including the complete discography, in one form or another {including Eddie's Archive FIRST RELEASE with BLUE interior and COMPLETE Castle 2 cd reissues all with OBI's}, complete Bruce Dickinson discography, cd singles, FC magazines, Eddie figurines, UNUSED backstage passes {thrown in with Castle disc of appropriate tour}, etc. NEXT LISTING: tentatively mid to late-July and August, and should include artists brought to you by the Letters'I' {other bands, obviously} and'J' {so much it will take 2 auctions} - including COMPLETE or very nearly so sets from INXS, Donnie Iris, Judas Priest, Journey, Billy Joel, Elton John {a HUGE collection with MANY rarities}, Joe Jackson, Jefferson Airplane/Starship/solo - and a few others... As time allows, I will be listing CD and/or DVD lots Often, they will be complete or near complete discographies.

Things that are less common may be listed individually. NOTE: Discs are generally well cared for and clean, but may have minor surface marks. The majority were rarely listened to other than to be downloaded.

S and some will not be as perfect or may be promo marked/BMG issue, etc and some of these I have had for years. I tried to look at everything before I listed it, and noted obvious concerns.

Also, jewel cases are not graded. Once again, I will note significant damage, but minor cracks, etc will generally not be noted. I have received CD's, usually unscathed, in these boxes for years & yours should arrive OK too.

I do not like this, but there are a few bad apples out there. Due to the size of lots, combining them may not be feasible. I have had to do this several times, but everything has arrived safely in my previous auctions. FEEDBACK: As soon as you let me know you are satisfied, I post feedback - you don't have to post feedback first, just let me know you got everything and are satisfied. If you have any specific questions, or would like to see me list a specific lot of music by a particular artist, please don't hesitate to ask.

I will continue listing several thousand CD's over the next several months so please keep an eye out. THANKS for looking & have a GREAT day!