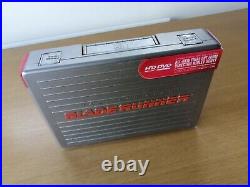 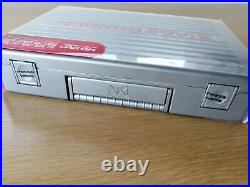 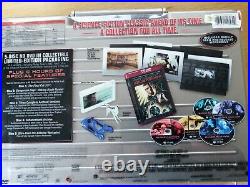 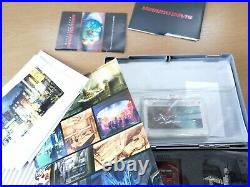 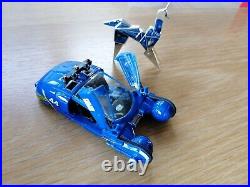 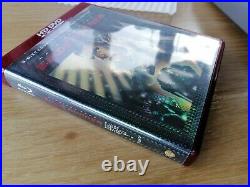 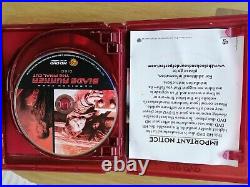 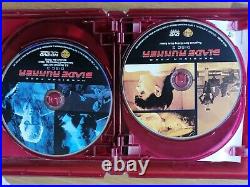 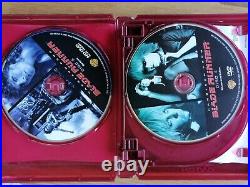 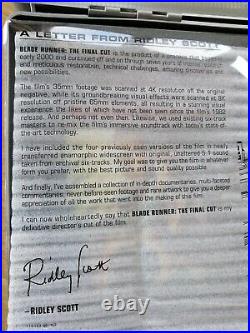 The ultimate release edition for the 2007 Final Cut, this'VK Briefcase' is one of only 2500 released in HD worldwide and contains 5 discs covering all versions of the film including the rarely seen pre-release Workprint, the Dangerous Days Feature and dozens of other extras. The main feature discs are HD-DVD and thus require an HD-DVD Player to work, whilst the extras are on all on Standard DVD discs. I cannot be sure that the discs still work, as have been told of age-degredation issues on HD-DVD discs and do not have a player to test them... They have never been played and not left the case since bought. As well as the discs. This special edition comes with a host of unique items to this briefcase: a Police Spinner model, chrome origami unicorn, 3D motion film clip and folders containing a substantial amount of art and concept work from Syd Mead and others. Plus a special letter from Ridley Scott. From a smoke and pet free home. Please look at the photos in which I have tried to show everything as clearly as possible, but feel free to contact me with any questions you may have. The Auctions this month are just some of my vintage collections and collectables built up over 35 years. I now have decided it is time, month by month, to sell my entire collection.

Sci-fi film-props and replicas and many other Vintage. To long and varied to call out. All vintage, some mint, near-mint and very rare boxed and unboxed items will be included in these sales.

If this will be of interest to you and watch out for. This item is in the category "Films & TV\DVDs & Blu-rays". The seller is "valentine-100" and is located in this country: GB. This item can be shipped to North, South, or Latin America, all countries in Europe, all countries in continental Asia, Australia.